Your Event Tickets Have Been Comped!!!

On October 14th At 1:00PM ET ALL Of Our Editors Are Going LIVE for The Biggest Event In Our Company’s History

Due to a recent Maryland mandate, we are unable to get together in person this year. So we’ve decided to take our summit virtual and make tickets to this event (tickets valued at over $2,000) FREE to all of our readers.

Enter Your Email Below to Register Live on Zoom

(Due to restrictions on ZOOM only 10,000 spots are available) 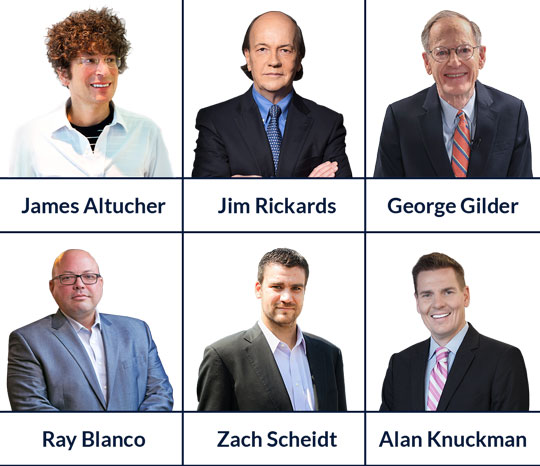 Here’s Some of What’s on the Agenda:

Get Ready for The Biggest Event in our Company’s History

You see, every year we try to host a massive event for all of our readers.

One where we have some of the biggest names in financial research come in and give us their best predictions, picks and recommendations for the year ahead.

In the past we’ve had some massive names attend 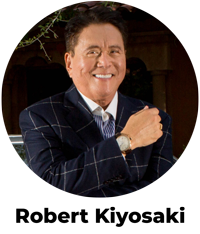 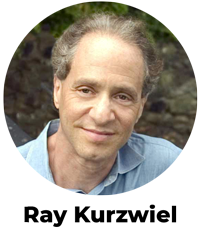 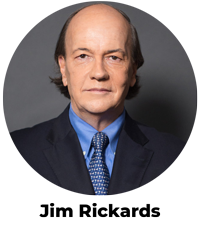 And Jim Rickards former advisor to the CIA and Pentagon, and author of Currency Wars and the Road to Ruin.

But this year we’ve completely outdone ourselves and put together our strongest line-up yet.

A line-up we believe have the strongest, most lucrative ideas for you to finish out the year.

But here’s where this gets even better for you.

You see, in the past we’ve charged as much as $2,000 for access to events like this (and considering how fast the tickets sold at that price, they were worth every penny).

But due to a recent Maryland mandate, we are unable to host this event in person this year.

That’s why we’ve decided to take our summit virtual and host it LIVE on Zoom.

Today you can claim your tickets completely FREE.

That’s right, today you’ll get the chance to attend this event and hear from our editors without having to pay a dime for access.

You’ll even get access to all their predictions and FREE picks they will be giving away on the call.

Simply enter your best email below, to register.

So who exactly is on the guest list this year? Let me introduce them to you right now.

This Event Will Be Different Than Anything You’ve Done Before…

As you can already see, this isn't an event where we plan on pulling any punches.

You’re getting a front row seat as some of the best investment minds in the world today give you an in-depth analysis on what they see coming in the markets in the days, weeks and months ahead.

And the best part is, they will be giving away stock tickers, trading ideas, names of companies with new technologies for FREE on the call.

So you’ll know exactly what you need to do to set yourself up to profit on each of their ideas.

Just think about that…

Practically spoon-feeding you all their best money making ideas for the months ahead.

How much would you typically have to pay to attend a summit like that?

The answer could be well into the thousands of dollars (we’ve charged at least this much for events like this in the past).

But by registering below, you’ll get in completely FREE.

And you should know…

You see, because this will be hosted through a private ZOOM call, not only will you have the chance to listen in as these editors tell you how to set yourself up to profit.

But you’ll be able to submit questions for them to answer and have the chance to get them answered in REAL time.

We’ll even have a quick Q&A session after the call in case we don’t get to everything during the event.

And not to mention, we will be giving away a whole parade of incredibly unique and valuable prizes to select attendees that join the call.

A special “hold in your hand” gold investment from Jim Rickards.

(The winners to be announced during the call)

As you can see, this call will be jammed packed with value from beginning to end….

All with the intention of giving you everything you need to succeed in the months ahead.

And your ticket will be completely FREE when you register below.

Just consider it a gift.

And you’ve seen some of the several thousand dollar price tags that we charge for some of our premium picks and research.

But you’ll be able to join this call completely FREE, no credit card required.

So what’s the catch?

Yes, there is a catch….and it’s kind of a big one.

You see, to keep this event as intimate feeling as possible, we made the decision to host the call through ZOOM.

But due to technical reasons a ZOOM call like this is strictly limited to 10,000 people.

That means this will be a limited sitting event. And do we expect seats for this event to fill up fast.

So if you want to attend you need to register right away.

You can do that by clicking the link below.

WARNING: This is a LIVE Zoom-only webinar. You must register through Zoom, and attendance is strictly limited to 10,000 attendees.

These spots will fill up fast. So if you are interested in attending you must register now.

Your Hosts for the Event 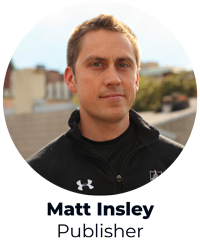 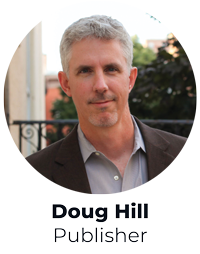 As publisher’s for this business we’ve witnessed first hand how these editor’s predictions have helped change people’s lives.

From getting in early on Bitcoin, to profiting from massive macroeconomic events, these editors have proved they can help people profit in any market.

But if you think we’re going to take it easy on these editors on this call, think again…

We’ll be grilling them for information, predictions, picks, you name it…

All to make sure you get the MOST value possible out of this call.

That’s our job. And we take it seriously

But it won’t just be us asking the questions.

We will even have a live chat going during the call so you'll have a chance to submit questions for them to answer in real-time.

And even though we can’t give out personal investing advice…

With the editors we have on the call, and the amount of free picks, and predictions we will be giving away…

We can confidently say that this will be the most valuable call our company has ever hosted.

And by registering below you can get in today for FREE.

But like I said before, this is a limited seating event and I expect that seats will fill up fast.

So if you’re ready to make 2022 your best year yet. Please register below now.